skip to main | skip to sidebar

It's a great day for Division 1 college football players as the NCAA appears to be ready to change the ruling of transferring to another school. Players will no longer be required to sit out a season. The same holds true for basketball and hockey.

This has been a very archaic rule and a burden to players. It's easy to see why they often leave school a soon as they are eligible for the draft.

Players on losing programs want to maximize their opportunities and exposure. This will give them a better chance.

Rob Gronkowski fanned the flames when he said it could happen, but he was just being Gronk.

Edelman has a whole new life ahead of him. He should try and walk away. I'm sure he had a lot of time to think about it over the last several months.

Julian Edelman announced his retirement today after the Pats terminated his contract over his inability to play this year.

It certainly sounds like he is finished. He will be 35 soon and can no longer play like his former self.

There are those who think he will resurface in Tampa Bay with Tom Brady, but the medical reports don't sound promising for him.

He had an amazing career after being drafted in the 7th round by the Pats in 2009. Although he played quarterback at Kent State, he followed a different path to his success.

The NFLPA and the league has not come to agreement over offseason workouts. The PA is urging players to only attend the team's mandatory mini-camp in June.

Coach Bruce Arians remarked that not having OTA's hurts the development of younger players, but the veterans like it because their job isn't being taken away.

Both sides need to strike a balance. The pandemic is another issue. In the end, some type of agreement will evolve.

Some teams will be staking their future by drafting a quarterback in the first round.

Only five ever made it to the Super Bowl with Patrick Mahomes and Eli Manning sporting wins. Cam Newton and Matt Ryan are the only first round QB picks to win a regular season MVP award.

Experts are predicting up to six being selected in the first round of this year's draft. In the end, some will have success, while others will become backups or never have any great impact.

The same process while be repeated next year and after.

It's hard to believe that the draft is still three weeks away from last night.

So much time has been spent by the media on things that will never happen.

On the other hand, it gives them something to write or talk about and keeps them employed.

Some in the media don't want to give up on criticizing Coach Belichick for some of his draft picks, especially with 2018 first rounder WR N'Keal Harry.

Anonymous sources said Belichick went against scouting advice when he selected the big receiver. Critics fail to mention the times when he overruled others and hit on selections.

They Bet On It

The amount of speculation around the draft has created an industry unto itself with all of the experts offering their advice. There are so many legal wagering options.

Sports gambling has always been part of the sport. It's so different now with the technology constantly evolving.

It's very interesting to look at the draft by positions selected in the first round.

DraftKings has all of the over and unders on how many will get picked.

At the end of the day, only 32 players get selected.

With all of the hype around the top quarterbacks in this year's draft, they don't always work out with the team that selected them.

Jets QB Sam Darnold is a great example. The former overall #3 pick in the 2018 draft was traded to the Carolina Panthers for a 6th round draft pick this year and a 2nd and 4th in 2022.

The Panthers indicated  that will will exercise his fifth year option and do something with recently signed Teddy Bridgewater.

His time was up with the Jets. It remains to be seen how successful he will be.

WR Larry Fitzgerald is a free agent after spending all of his 17 seasons with the Cardinals.

It doesn't appear that the team has made a great effort to sign him at the age of 38.

His options are slim. He can find another team and play for a paycheck or retire and keep his legacy intact.

He probably never thought he would reach this point, especially playing that long.

I listened to the audio recording of the recent conference call between Pats owner Robert Kraft and the media.

They asked a lot of questions to which he gave honest answers. People can either believe him or not when it comes to Tom Brady.

He felt that Brady deserved to make his own decision on his future after 20 years with the team. That's why they didn't use the franchise tag, although they could have done that without repercussions.

Some fans and media members will dispute this forever.

The House that Brady Built 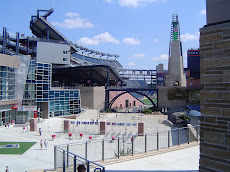 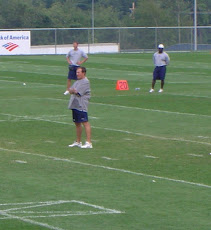 In Bill We Trust

Number 12 at Practice When He Played Here 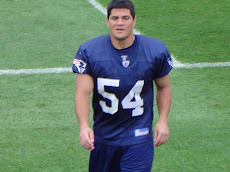 My All-Time Favorite Defensive Player - Nobody Will Ever Replace Him

Check out these links